This year BB and I have raced more short races than ever before, I think. Our favorite distance has always been the half-marathon. Long enough to justify a serious stack of pancakes, short enough that we’re not destroyed for two days. And even a mid- to back- of the pack runner can train for a half-marathon in about 4-5 hours a week. So that’s the distance we’ve always run when planning our race schedule, and then we’ve thrown in the odd full marathon or 5K, or 10K, as we went along.

But this year, in Seattle, we didn’t start out half-marathon fit, so we did a 10K, and then a half, and then started 50K training. As we prepped for the 50, we did a 10K trail race. Then we lost the 50K to injury, but were able to run the 20 miler instead.  And then we did the Beat the Blerch 10K Holiday Fun Run, and then this past weekend we did the Snohomish Running Company’s “12 K’s of Christmas“.

We ran this race with a work friend of mine, Daksha. It was her FIRST TIMED RACE, and LONGEST RUN EVER. It was so cool to be able to join her for those big events. 12K is right about 7.5 miles. BB and I had “run” 12 miles the day before, which really meant jogging about 9, and then walk/jogging 1.5. And then walking home for 1.2 to get to 11.7 and then eat chorizo burritos.

The race started later than most that I’ve run, at about 9:30. That was fine though, because we picked up our bibs before the race instead of on Saturday, and that meant we didn’t have to get up at a gawdawful hour to get there. The race swag was pretty good! A fleece Christmas hat that is actually well-constructed and warm, and attractive as far as Christmas apparel goes.

We took off in the third wave (There were about 1250 racers, so they did three or four waves. Additionally there was a 5K that ran after us.). Our run the day before had depleted us a bit, and Daksha fits right in with our “don’t run too fast” philosophy. So we aimed at about 10-11 minute miles and went for a nice jog.

Each of the kilometer markers had a printed scene from the song (The first was a partridge in a pear tree, etc.). The atmosphere was fun and a lot of the race decorations were based on the movie “Elf“, which is one of only two good Christmas movies ever made*. They even had syrup and candy canes and candy corn at the aid stations! If there were one complaint, I think they should have water at every aid station. Some were just candy.

Right around the 5 kilometer mark there was a tough steep hill (overall there were about 300 feet of gain over the course) about 150′ high over a quarter mile or so. I was able to accelerate up it without difficulty, and that felt great! At the top I stopped for a bathroom-break that took about 3 minutes. BB ran ahead, and I finished the race running with Daksha.

We ran along a sandy rail-to-trail path for the next couple of miles, and eventually descended back to the shore of Lake Washington, for the finish. 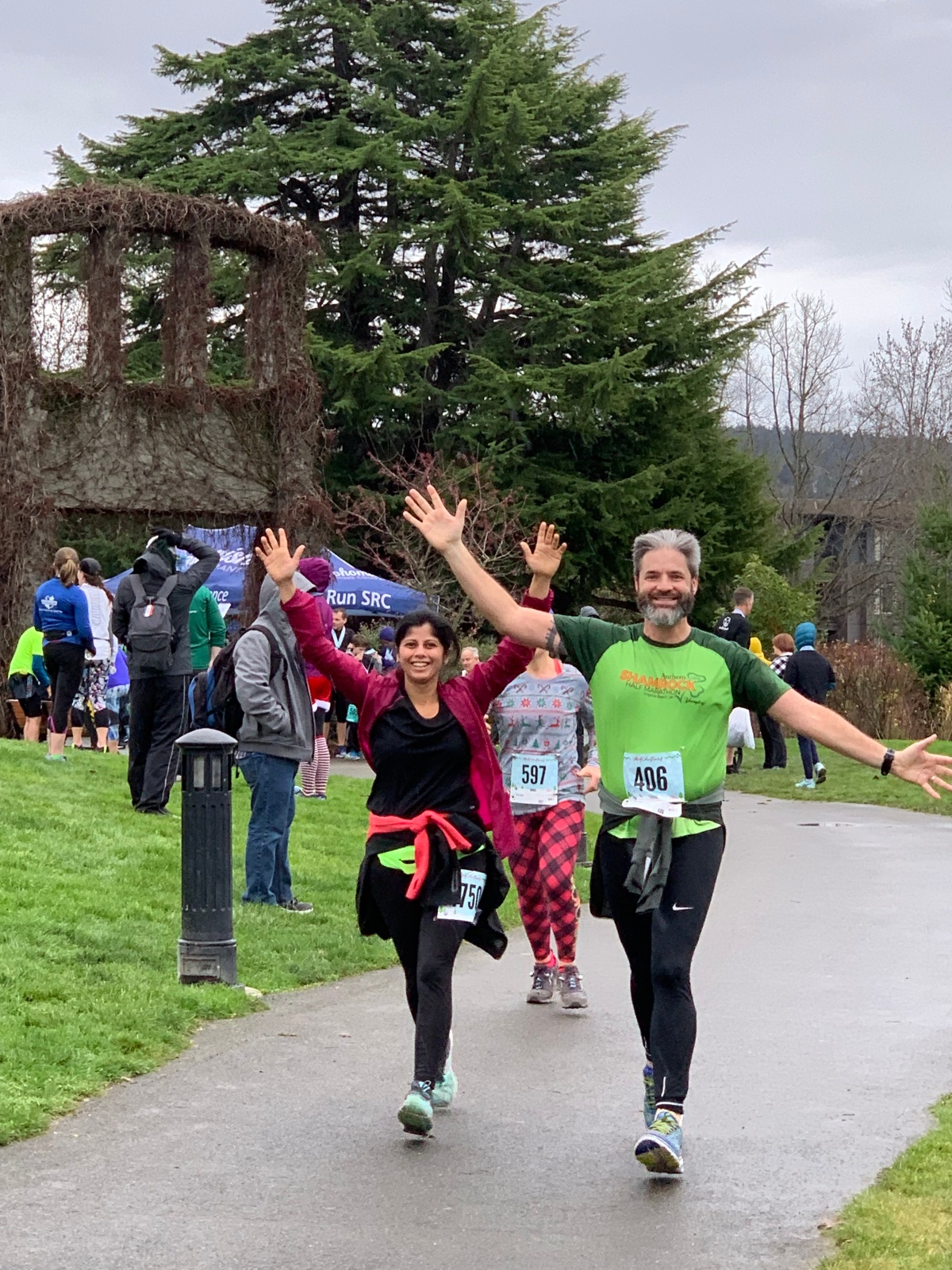 Melissa had crossed the line about 3 minutes ahead of us, so was poised with the camera to capture our triumphant finish, and we posed together at the end for a group shot, where my medal was backwards because I’m a doofus.

This was a good race and one I’d be glad to do again. Well-managed, right on the dot distance-wise, and with great support and volunteers. And we’ve had a blast running with a friend and co-worker. Over all, we finished it in 1:21:46, and if you take out the three-minute bathroom stop, it works out to about a 10:27 pace (according to Strava). Once again, that puts me toward the bottom of the pack for men, and men my age. But I’m totally ok with that. This race wasn’t about testing my fitness. It was about a fun run with friends and family, and getting fit for the ultra in February. 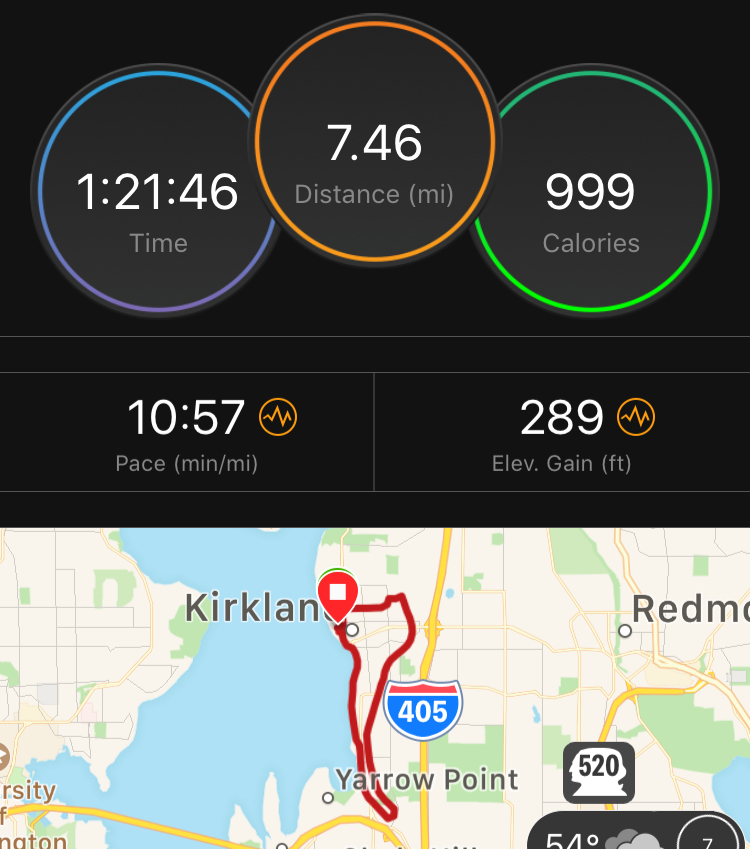