June 16th we did a hike I’ve been wanting to do for several months, really ever since learning of it. Mt Baldy is a bare peak in the Alpine Lakes, part of a large ridge between Lakes Kachess and Cle Elum. Mt Thomas is part of the same ridge system, a couple miles away. Respectively, they are 5,107′ and 5,269′. We climbed starting at about 2,400′, from the trailhead. 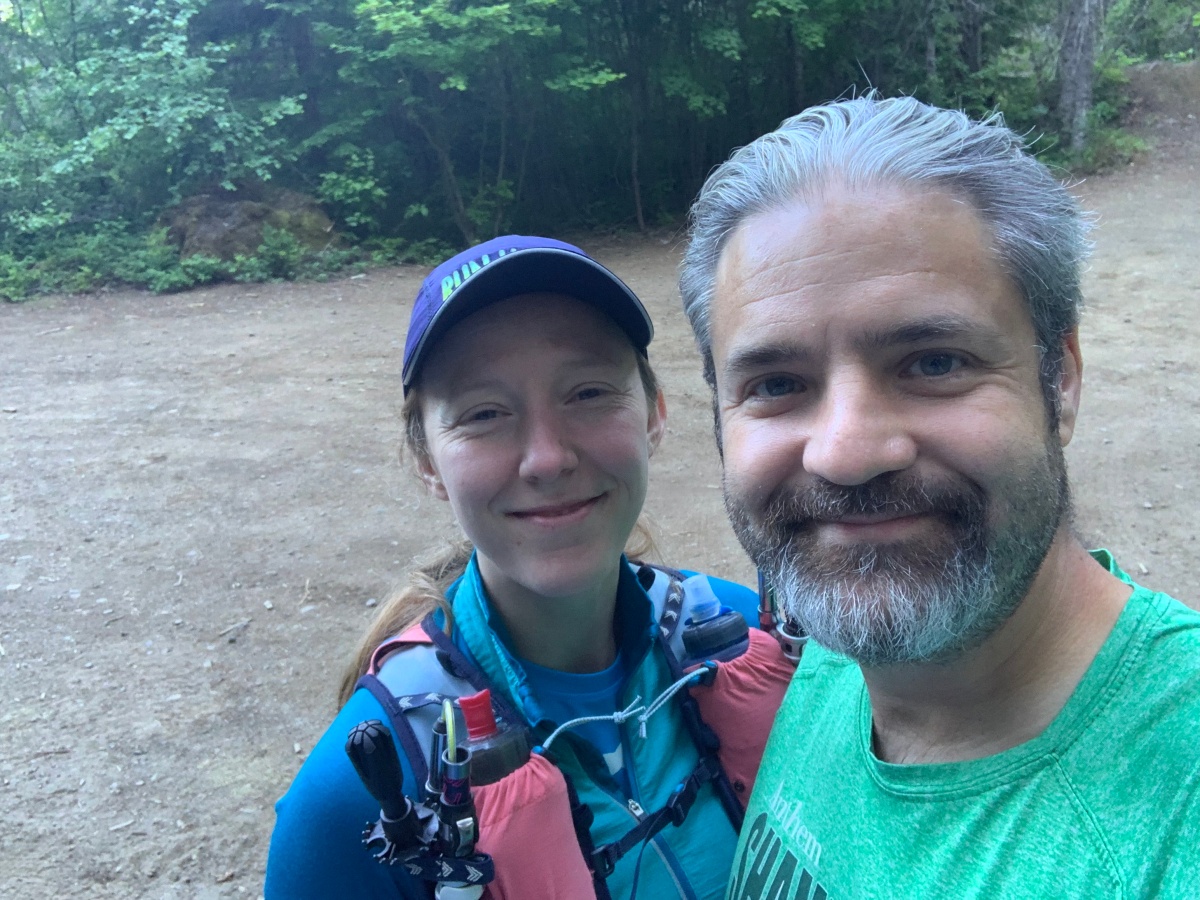 This was to be our first attempt at a summit since the failed climb of Mt. Ellinor about a month ago. There are so many great summit hikes in Western Washington – everything from class one walk-ups to serious class five climbing and mountaineering. Mt Baldy is a tough class one or modest class two. No class three scrambling, but lots of very steep hiking on dust and scree. And being a few weeks into June, there was no snow cover left. We only saw one small patch on the ridge between Baldy and Thomas.

The Easton Ridge trail was in good condition rising from the trailhead. About 1000′ above the trailhead, a mile and a half in, there was a shelf with a gorgeous view of Mt. Rainier peeking over the large ridges to the south of Snoqualmie Pass (which we were to the northeast of). From there, you keep heading up the Domerie Divide trail toward the Ridge. 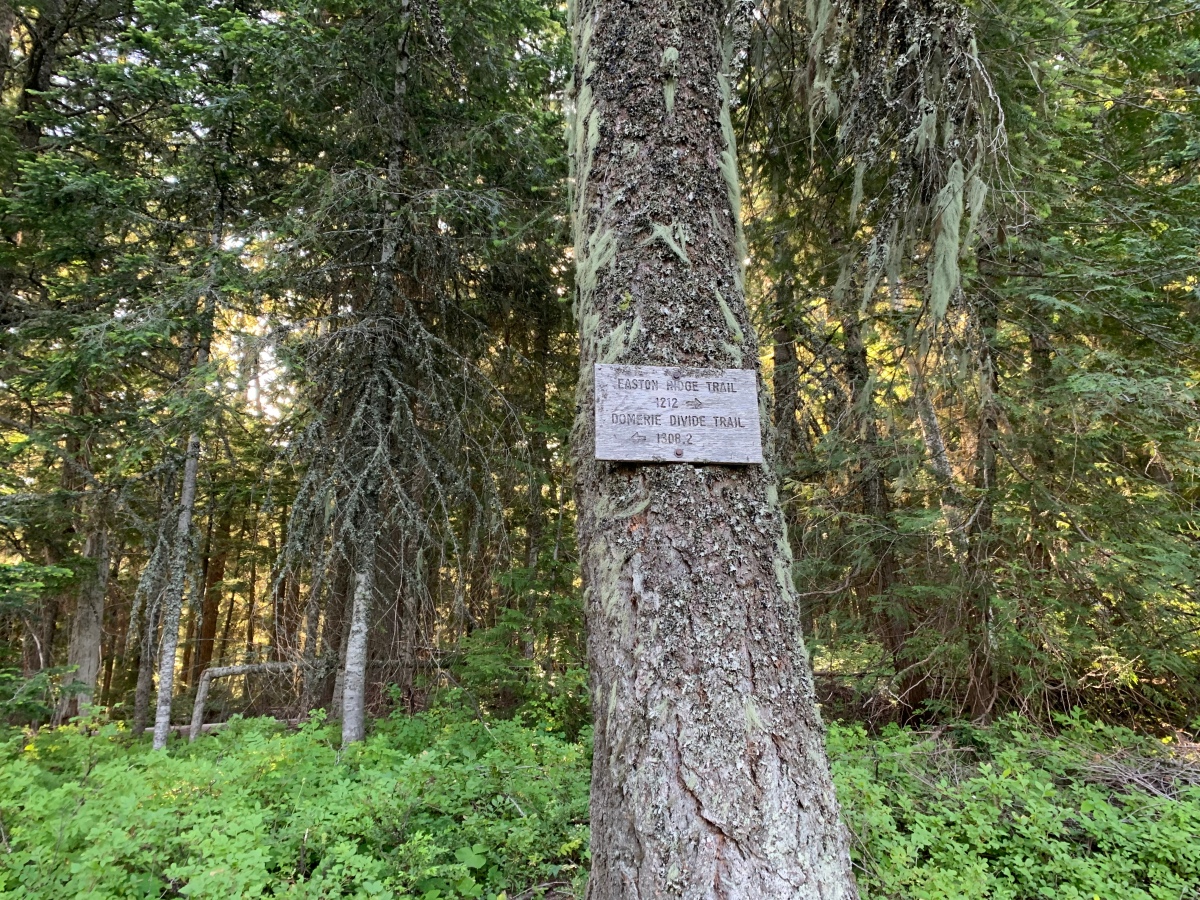 This trail is steep. It was a quad burner to be sure, but it made for many gorgeous views, as Mt. Rainier kept looming larger and larger, and eventually the tip of Mt. Adams because visible to the south. The trail was mostly abandoned, there was one other woman with a couple of well-behaved dogs, but for the most part we were alone. 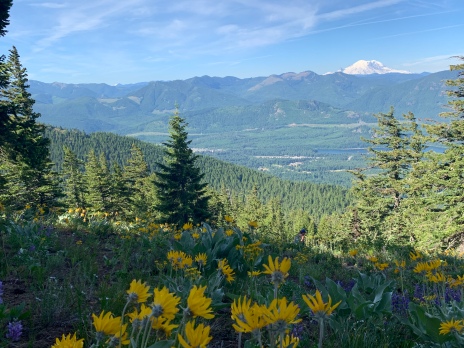 The wildflowers were gorgeous and the views were incredible. At about the 2.6 mile mark, and after 2,400′ of gain (phew!) there is an unmarked turnoff to the peak of Baldy. It’s a fantastic 1.1 mile ridge run. The trail is in somewhat poorer condition, but I don’t blame people for not dragging chainsaws up that climb! Lots of side-hill running, but it’s a lot flatter. Eventually, the north side of the ridge opens up and there are spectacular views of Mt. Stuart and the Teanaway peaks over Lake Cle Elum.

After that, there’s a short steep climb to the peak of Baldy, where there’s no real trail, just a lot of grass and gravel. The view from the peak is incredible. Mt. Baldy is so-named because there are no trees on it, despite the fact that it’s below the tree-line. And so from the peak, you can see a billion miles in every direction. It’s staggering. 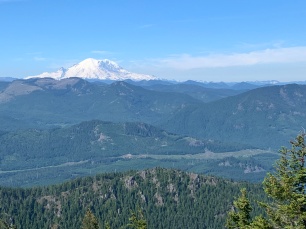 And this trip provided me with the best picture I’ve seen of myself in years, right on the very highest point of Mt. Baldy: 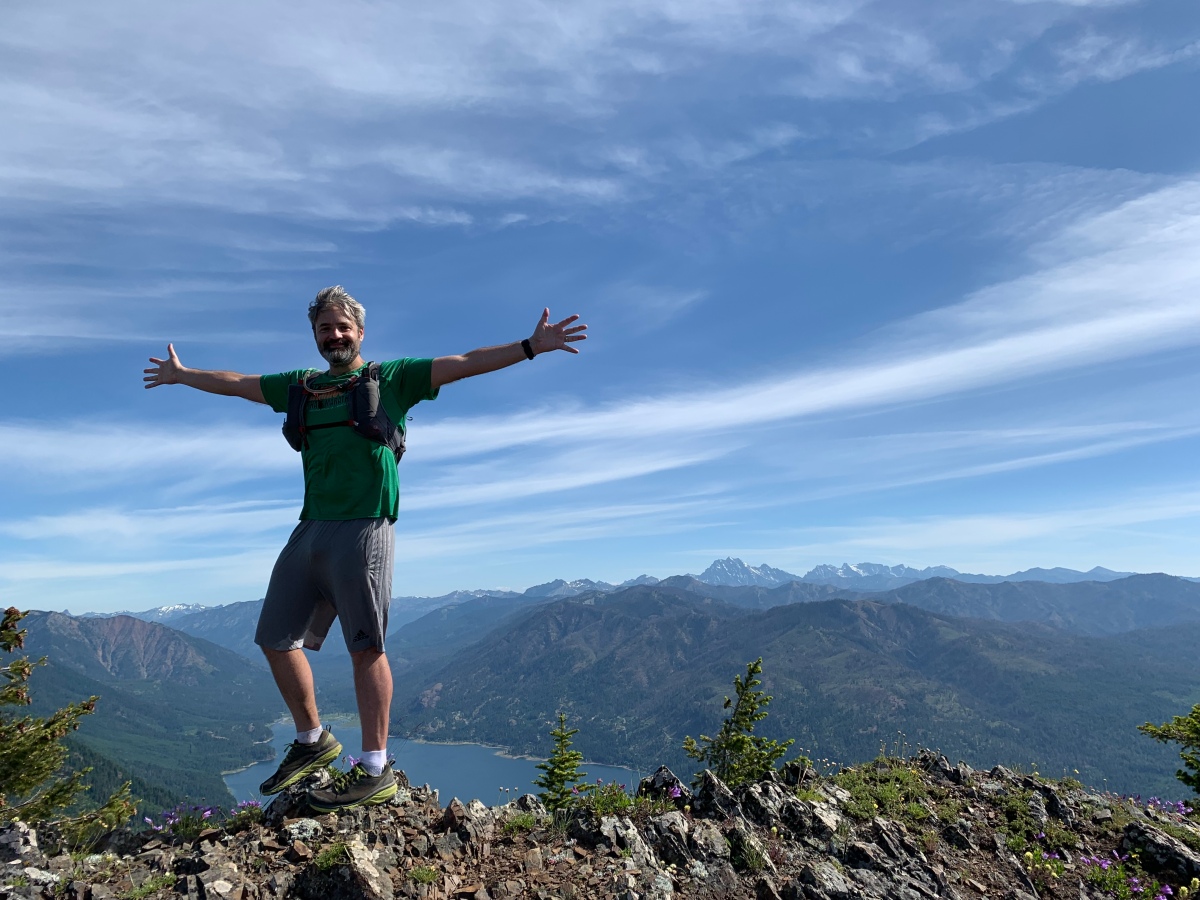 From there we ran back along the ridge and over to Thomas Mountain, to similarly spectacular views, though the trail doesn’t actually cross the peak of Thomas, and I had to bushwhack out about a hundred feet or so to get to the actual peak. The view from there was similar, but still worth it.

The trip down was a bone jarring and occasionally mildly-hazardous trip, involving a bit of involuntary-dust-and-gravel-glissading from time to time. Did I mention it’s steep? But these two peaks were really worth visiting, and worth the total of ten miles and 4,300′ of gain. Definitely a great trail if you’re up for a challenging hike on a lightly trafficked trail with a HUGE payoff.