In a change-up to my standard trail-running routine, on July 3rd, a work-friend and I went running after work on a Wednesday. Of course, with the holiday the next day, I didn’t need to be up early. But I admit being a bit daunted about hitting a trailhead at 4pm. It felt like there was a lot less margin for error if anything went wrong. So we made sure we were prepared for darkness, with lights and warm clothes and plenty of calories.

The trail we picked was the Ira Springs trailhead up to Mount Bandera, and the Island Lakes trail. I’ve been on some of these trails before, when Melissa and I summited Mount Defiance last year. Today was a similar day to that one, misty and cool despite it being summer. Aaron and I headed up the broad, non-technical trail which starts fairly close to Snoqualmie Pass.

The trail is not too steep and very smooth for the first mile and a half. Then it takes a hockey stick incline for another mile or so up to the point the trail splits for the lakes versus the peak. At this point, you’ll have done about 2200′ of gain over 2.8 miles. We did the lakes trail first. This is an undulating but more technical trail that passes Mason Lake first, and then a small pond I’ve posted a picture of before: 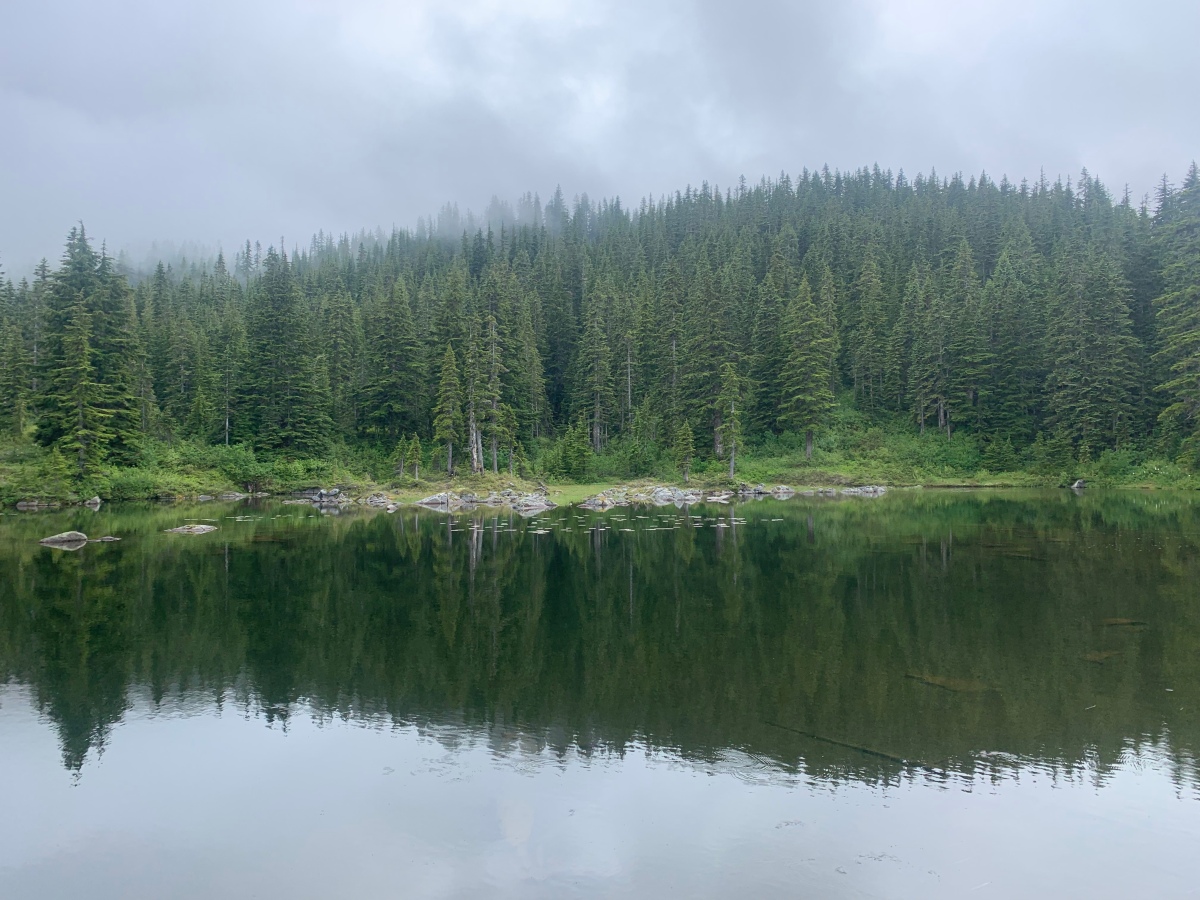 We kept running on to Rainbow lake, where there’s a trail divergence to Island Lake, which we didn’t take. we treated that point as our turnaround. The lakes trail was muddy, and has more incline and drop than it looks on the GPS track. The total over the 3.4 ish mile out and back was about 950′. We turned around at the split where a trail heads down to Island lake.

There was a decent amount of mud on this out and back, but overall it was pretty good running. When we made it back to the first split, we headed up the boulder field to Little Bandera. This is a tough climb. It’s about a half a mile, and it ascends 1000′, almost exactly. You’re climbing over pretty big rocks, stable, but still occasionally treacherous. I treated it as a class two scramble from time to time, but you could probably do it all without putting your hands down. Nevertheless, it was a workout.

Little Bandera is a false peak, and the true peak, which is only maybe 50′ higher, is another half mile away along a ridge that dips down 100′ or so. Little Bandera is not prominent enough to be listed as its own peak, but it feels like one when you get there. There’s a registry on the true peak, but we didn’t venture that far for time’s sake. There’d be a good view on a clear day, and while the view wasn’t as bad as the day we were on Defiance, it was pretty unremarkable. 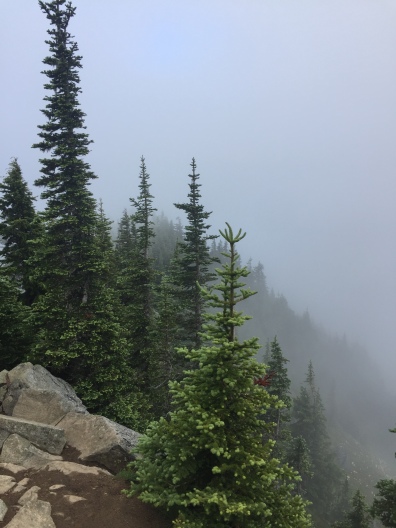 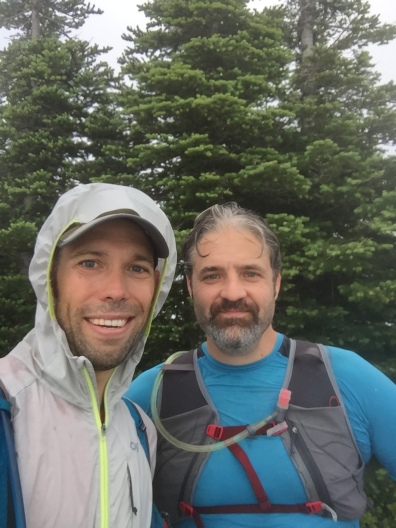 The run down was great! After clambering back down the boulder field, we got back to the wide easy trail that descended about 750’/mile. It was just a bombing run for almost three miles, and 2200′ down. Super cool day, lots of fun, and a great time having a boy’s night out in the forest. Definitely a great trail with a lot of good branches for differing skill and interest levels.